Beautiful Kali was adopted as a kitten and then had to be surrendered to WSC only 8 months later because the owner was moving to a place that did not allow pets :( Then Kali was adopted again only being at the shelter a few days and thinking she found her forever home, was sadly surrendered again 3 months later because her new owner had a dog and Kali was so scared she hid the entire time there. Kali LOVES to play and will chase after toys and loves the feather wand! She is shy and not very trusting of humans...can you blame her?... so she will not come running up to you, but if you approach her quietly and calmly you can pet her and she loves treats! Kali would do best in a calm home without dogs and really would love her own person to play with! Kali is fully vetted and up to date on all shots and her adoption fee is $80. Please come and meet this beautiful girl and take her to her furever home FOREVER! 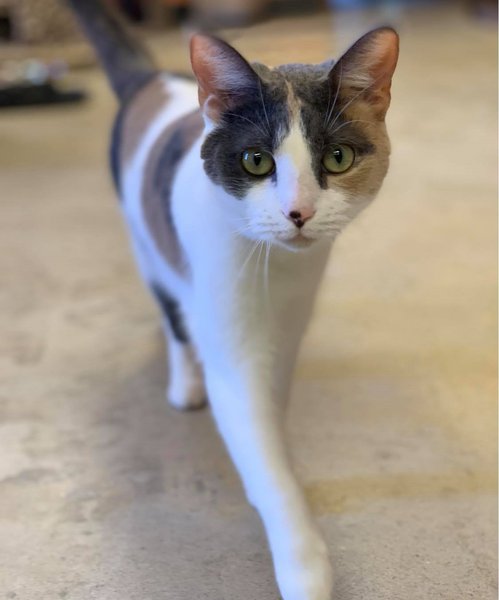 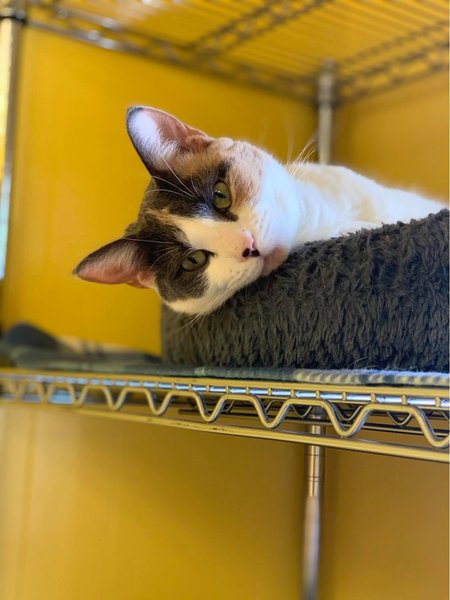