Schwimmy was brought to WSC on 2/5/2021 from a barn along with 3 other cats including his brother Mr. Messy. Schwimmy was then adopted from WSC a month later, but for a month at being at his home he was returned back to the shelter because he didn't get along with the resident cat, but did get along with the dog. Schwimmy loves to play with toy mice, and any other toys that you can throw across the room or dangle for him to get, he also loves temptation treats! Schwimmy would probably do good in a home with no other cats and would be good with kids. Schwimmy is fully vetted and up to date on shotsand his adoption fee is $80.00 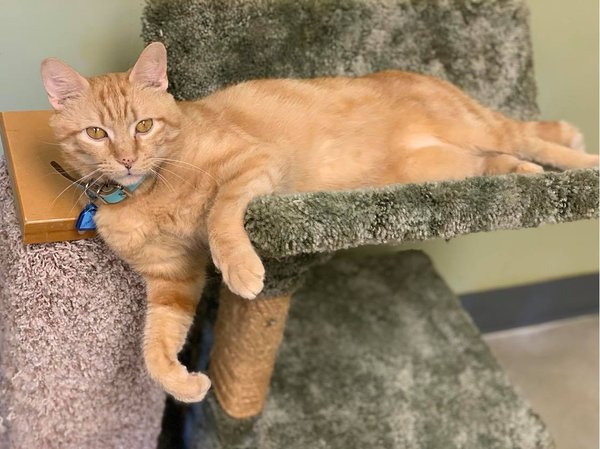 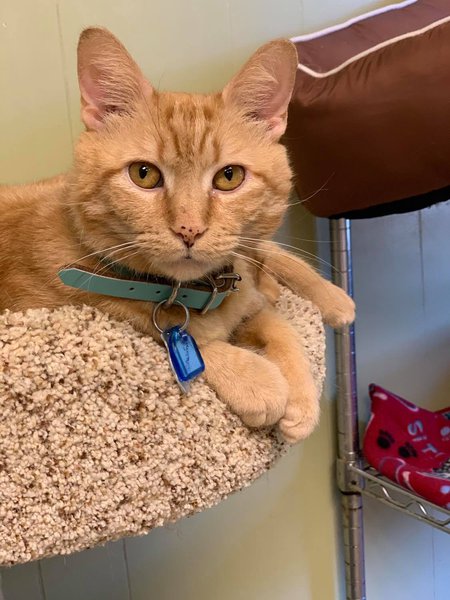