Leif Ericson was found in August of 2019 in a Boardman neighborhood.  The lady that brought him to WSC said he appeared to be injured.  After looking him over, he had a few cuts and abrasions, but nothing too serious.  More than likely from having a different opinion from other male cats.  He was already neutered, thus was probably someone's pet at one time.  Leif is a big teddy bear of a cat.  When we open the door and walk into his room, Leif is immediately on his way to greet us.  He wants to be petted and scratched and is looking for a little cat treat that some of our volunteers always have.  He gets along with the other cats and with any one that pays attention to him.  He would probably fit in with most households, we do not know about dogs.  Leif is a great cat, he is looking to catch a break and find a family to dote on him.  His vet work is up to date and his adoption fee is $70.00.  Come to WSC for a meet and greet with Leif. 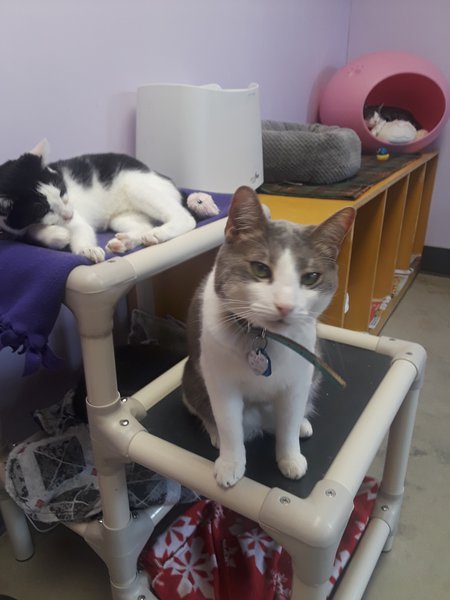 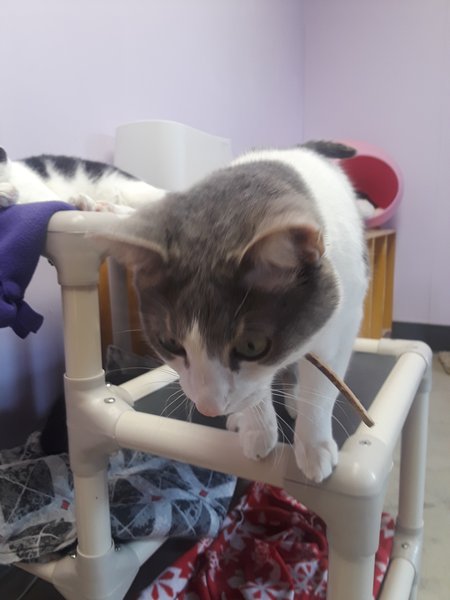